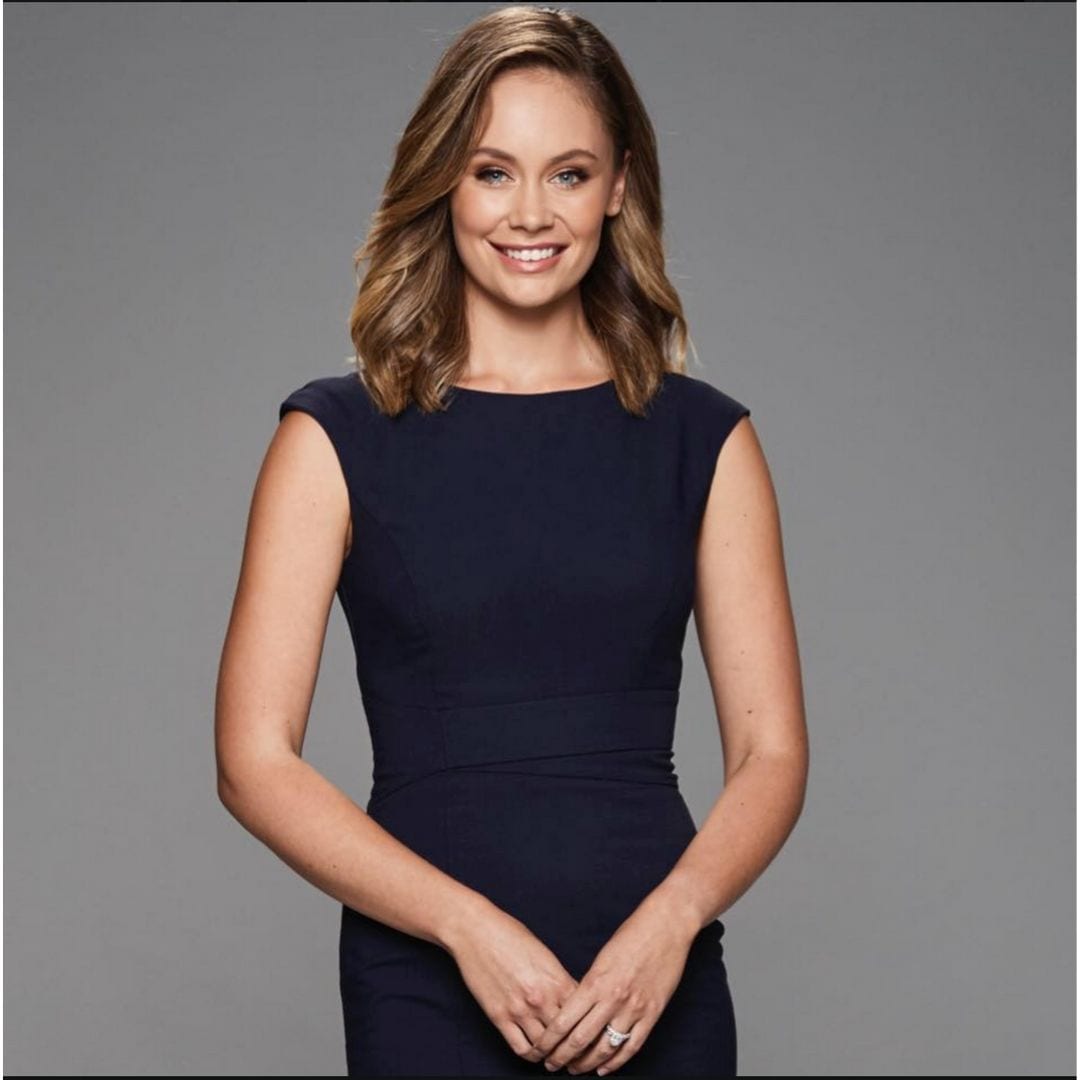 Like a lot of young women starting their career, when Amber Laidler left school, she thought she had her future mapped out; get a degree in Creative Industries and then her dream job in fashion. However, Amber’s life and career took a very different path. On reflection her advice to her younger self – “stop putting pressure on yourself to have your life figured out by 20; take some time to think about what you want to do and trust the process”. It’s that trust in the process and really listening to her gut, plus a lot of hard work, that has landed Amber where she is today.

Amber is a journalist, presenter and producer with Seven News; the job is “highly unpredictable and its rare two days are ever the same” admits Amber, “that’s what I love about it”.

Following a few false starts at uni, largely because she wasn’t sure what road to pursue, Amber’s Dad enrolled her in a two-day NIDA TV presenting course; it ignited her passion for the medium. Prior to doing that course, Amber saw her future in either the fashion industry or pharmacy; so when the option of journalism became a reality, Amber was thriving. Along came Miss World Australia however, and after winning the competition, a move to Melbourne and a year of non-stop charity work with the organisation, journalism took a back seat.

It’s about education and experience

Once her reign was over and reality kicked in, Amber felt “lost and confused” about her career and what she wanted to do. A serendipitous breakfast with a girlfriend however changed all that. “She told me about Macleay College and explained the school was well respected in the industry; it was a fast-tracked course I could do in one year, so I enrolled in my diploma that afternoon. I completed the course part-time over a year and three months and took a retail job to support me financially.”

Half way through the course Amber secured a two-week internship at Channel Seven in the newsroom. It was the opportunity that changed her life. From field producing to writing packages and social media, Amber was soon offered a full-time role.

“There’s no way I would have survived my internship without having the knowledge I’d gained from college”, says Amber.  “There’s also no way I would have survived in the newsroom without interning to learn the ropes. You need the basic skills of how to write a live voice over; how to write a package and how to tell a basic story; which I learnt in the classroom”. However, “learning to speak to authorities; how to get the most out of an interview; what questions to ask at a crime scene and how to knock on the door of a family who have just lost someone they love, is something I couldn’t have learnt anywhere but on the road and from some very experienced journalists. My bosses and the reporters at Seven have, without a doubt, been some of my best teachers”.

Now a full time journalist, Amber never knows where the day will take her. From reporting on breaking news and doing live crosses to reports on fashion week, or doing weather on the nightly news. On a roster system with the network, Amber could start her day at 3am or 6pm. The job often involves long hours and can be in remote, often dangerous locations.

“Whilst a lot of people might believe that the life of a news presenter is glamorous, the reality is, you don’t have a hair and makeup crew following you around, shares Amber. “Getting TV ready is a skill you need to learn on the job. And there is definitely no autocue for live crosses; it’s all about getting the information, memorising it and being able to deliver it succinctly”.

Advice from a pro

So, if you’re thinking about a career in news or TV presenting, Amber’s advice is “be prepared to work really hard, say yes to every opportunity and yes to learning from everyone you can. Ask questions and ask for constructive criticism. I’ve learnt the most when I’ve made a mistake and someone, whether it be the news director, our executive producer or one of the other reporters or producers, takes the time to correct me or explain how to do it better next time”.

“Also, don’t be too precious to do overtime – within reason, obviously” says Amber. “Don’t work yourself to the bone, but be prepared to put in extra time if it means you get to practice and gain extra experience”.

Whilst not sure where the future will take her, one thing I know for sure, is that Amber will keep taking her own advice and saying “yes to every opportunity”.

Spend a minute with Amber