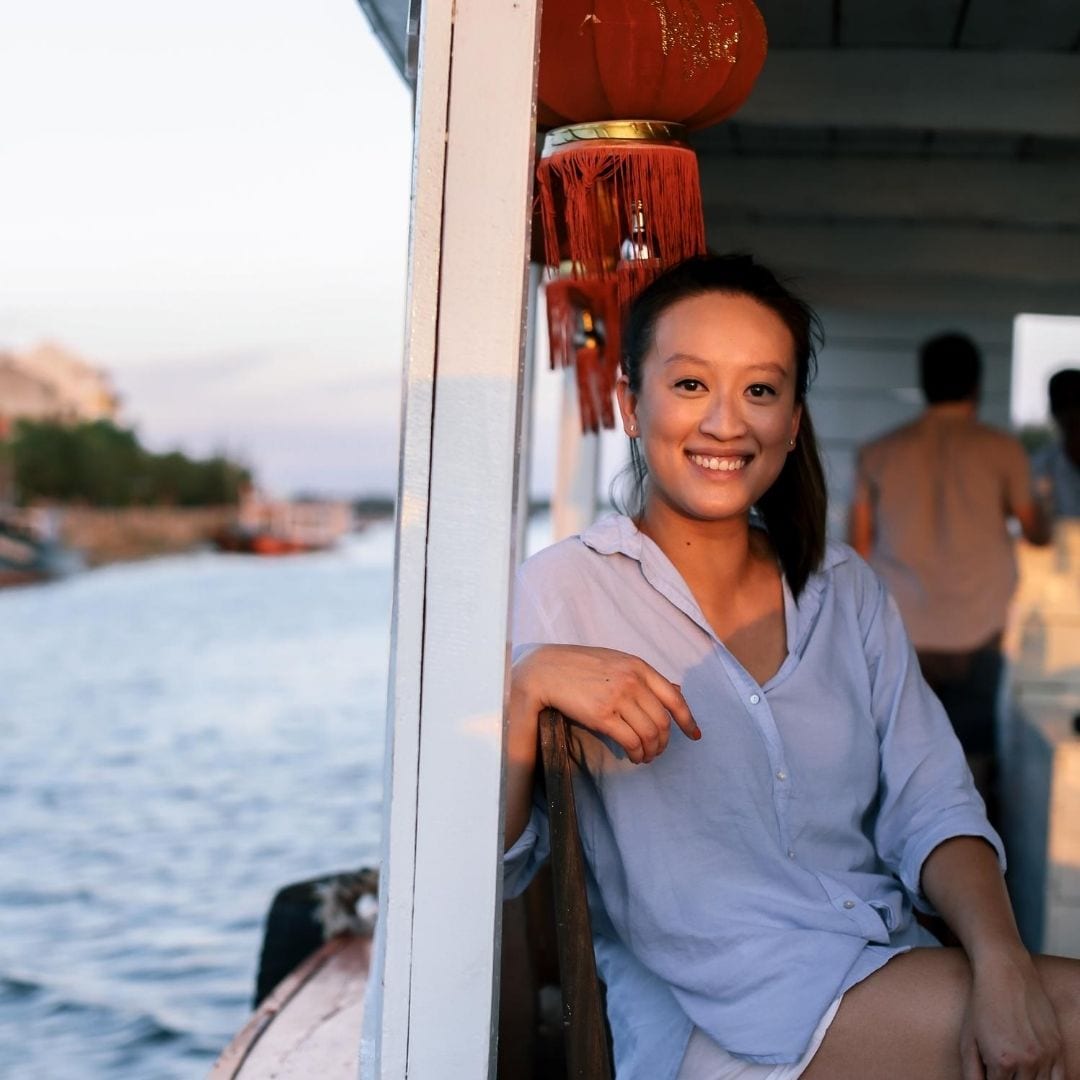 Face Down – Bowls Up! With more than 80 stores across Australia, you’ve no doubt bought a delicious Vietnamese roll from Roll’d. It’s a concept store created by Bao Hoang because he “loved his mother’s cooking and wanted to share it with as many people as possible”. It’s an incredible business story, starting in 2012, with 13 stores up and running within in six weeks. A true family business, Bao’s sister, Quynh Hoang (Quinnie) is herself the owner of 4 Roll’d franchises. Quynh’s journey has been one of service, and it’s a philosophy she brings into her business every day.

Quynh asks herself and her staff the same question every day, “what value are you bringing into your life and someone else’s life today?” For Quynh, being in business means more than just making a living, it’s also about “purpose and value for yourself, your staff, and your customers”.

“When you’re working towards a purpose, it’s a lot more rewarding,” says Quyhn. “I’ve got 4 stores and a team of about 80 staff. We have a wonderful culture, and I guess that’s what drives me. My purpose is being able to create a foundation for my team members where they can thrive, feed themselves, but also enjoy working in the Roll’d environment”.

It’s all about values

“We’ve got a set a company values that we live by day to day by. Essentially, we look for like-minded people, we understand the value in people. In my business, I know that I need my team more than they need me. And that’s how I see my days, and that’s how I live by the Roll’d values. We have a simple set of values that come naturally to people, like making memories, sharing and love”.

“Growing up, mum was a great cook,” says Quynh, “and a lot of our recipes at Roll’d are based on Mum’s recipes. My brother always wanted to share how good Mum’s recipes were and growing up always wanted to open a restaurant. He’s a bit cheeky and one day just decided to do it, saying to mum ‘we’re starting this Vietnamese restaurant, can you help us with the recipes?’. Before she knew it, Mum was giving my brother the recipes for all of the menu”.

Following the Roll’d “super-launch” in 2012, Quynh was recruited, along with the rest of the family, into the business. “I was finishing my teaching degree at the time, but it was all hands on deck”, she says. “I worked in admin and coordinated store opens and was the one in the office connecting everyone together. In 2013 or 2014, we launched about 30 stores within three months; it was a big 18 months. I was able to adapt my skills and knowledge, developing a lot of the training concepts and training materials. With such a new business and moving towards a franchise model, we had to create a foundation for anyone who was coming into the business so they could just pick up and learn”.

Initially, Quynh’s role was to work out how to pass Roll’d’s brand message onto franchisees. She wanted them to be able to take ownership of their stores and their businesses without necessarily having grown up with Vietnamese cuisine or a Vietnamese background. “To put pen to paper, and deliver the training content and the same message across the nation”. It was creating that foundation that led Quynh into opening her own franchises “to put my stamp on proving the model”.

As a modern entrepreneur, Quynh sees her role as all about people and purpose. “The most challenging aspect has been learning about myself. As an entrepreneur, I’ve definitely grown a lot in the last seven years, and I’ve had to challenge myself in terms of my patience and understanding every aspect of running a business. It’s entirely different going from head office where you’re just running operations to looking at all aspects of the business” says Quynh. “Making sure that you’re taking care of your financials, for example, it’s very challenging. I think I’ve been able to grow in the sense of being able to learn from my staff essentially. They don’t know this, but I owe my staff because they’ve taught me a lot about values. Where I used to take a lot of things for granted, I’ve now grown to be a lot more patient, a lot more appreciative. It’s really given me the confidence to be able to like deliver a message and be strong and confident in what I believe in”.

The impact of Covid-19

There’s no question that 2020 is a year like no other, and as a business owner, the on-going pandemic has been a challenge. I ask Quynh how herself and the wider Roll’d team have dealt with the challenge. “When the virus first hit, the natural instinct was to close, but we were motivated to keep our doors open. I kept all four of my stores open, but our sales dropped by 90%, some of them are still down 60%. We kept our stores open because we wanted to keep our staff in a job; this was before JobKeeper and all the Govt incentives. We actually used the time to implement projects that we probably would never have done, had the virus not hit. Being innovative with delivery, being innovative with projects.

“We’ve always spoken about launching our own delivery platform, and we were able to do that during the last three months. So, we now take our own orders and deliver the food ourselves. We deliver to groups of people; offices and we’ve just launched a food truck. Now, instead of ordering your food and getting it delivered ready to eat, you actually order your food, it gets delivered to you, but it gets cooked in front of your house.

“Rather than cut hours, we did the opposite, we extended hours to reach out and hopefully get more opportunity, opening until midnight where we could. It also meant that our customers didn’t forget about us. We felt it was a lot easier to start from a position of 30% down, for example, rather than closing completely and then starting again from scratch. Staying open has also allowed the business to recover quickly as restrictions lifted”. 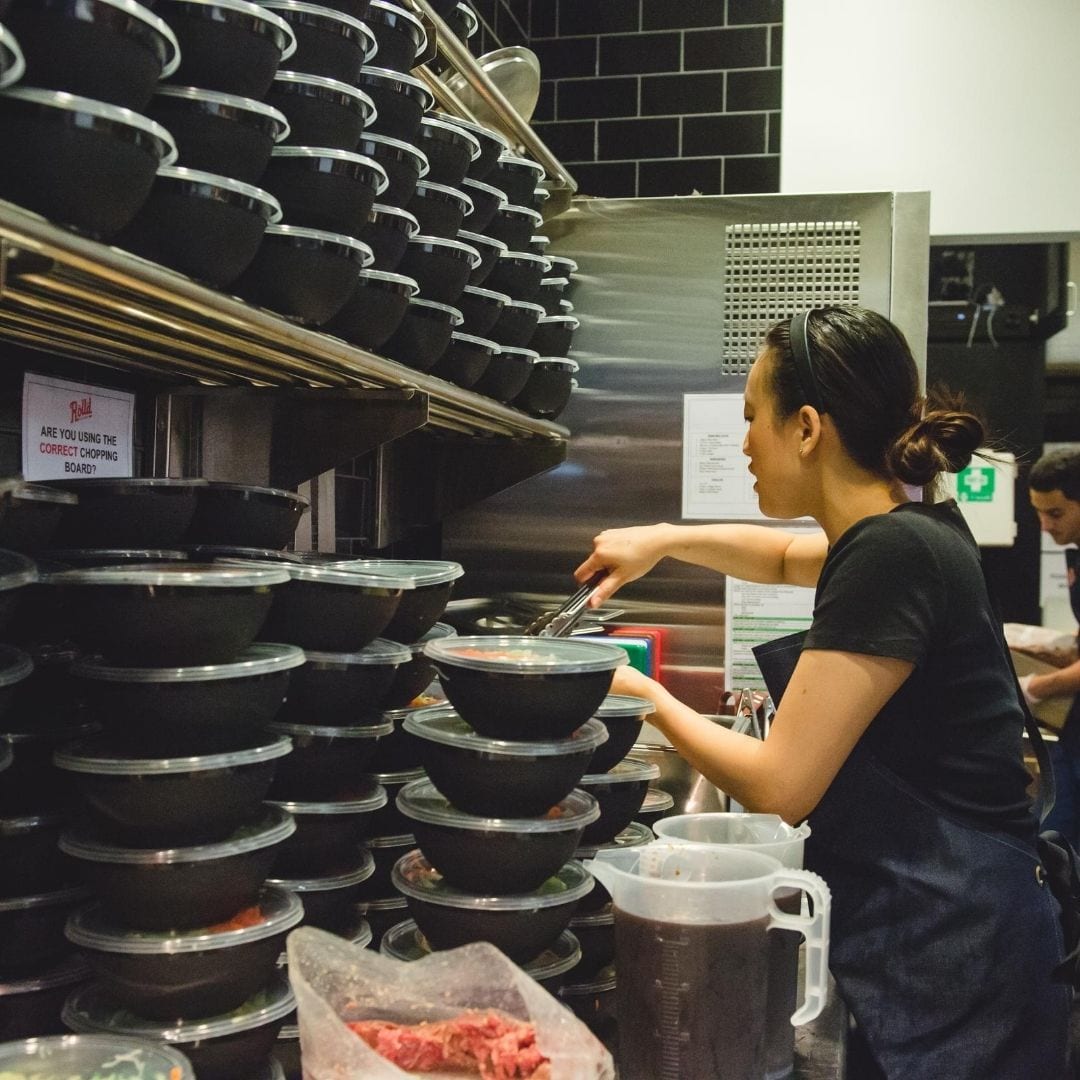 The ongoing pandemic has also enabled Roll’d to work on a new initiative, the Roll’d Meal Box, launching in August. Customers will be able to order a “deconstructed” meal and then, with a live stream video or pre-recorded tutorial, create their meal themselves. Available in a variety of options and also translated into several languages, the Roll’d team is working on a virtual cooking experience for their customers. “It’s aligned with our values,” says Quynh, “it’s going to be interactive, memorable and fun. It’s about making memories and sharing”.

When I ask Quynh to leave me with one piece of killer business advice, her answer is simple, “have a good attitude, and a willingness to learn. Everything else can be taught. Anyone and everyone is capable as long as they challenge themselves and put themselves in a position where they can learn; that way anything is possible. Also, don’t take yourself for granted. Don’t take people around you for granted, work hard and always remember to laugh and smile”.

I'm so sick of feeling this way! Can you relate? L

Choosing to outsource is a HUGE deal, especially w

Over the last eighteen months there’s been a sea